I’ve been busy recently down-sizing and trying to get rid of excess “stuff.” (Don’t we all have too much stuff anyway?)  I found a box in my closet filled with handbags– many of which I hadn’t carried in more than a year. So…. I decided the best way to get rid of them was consignment. Especially since they were in good condition and name brand items. True, it was hard to part with my old favorite Coach bag– but since it was just hanging out in a box I decided to sell.

Getting rid of clothes and accessories has been an emotional experience at times. This box of stuff for consignment sat in my car trunk for close to a week (yikes).  Anyway, the stuff is gone now and I’m now waiting for my money!  The good news is- the place I’m using has been successful for me in the past. I had close to $100 on my account. Which means now I can shop for FREE!

Are you ready to clean out your closets filled with outdated clothes and accessories? Here are some tips to get started:

Frugality is all about having choices, right?  With millions of people looking for ways to save money in tough times, a growing number of people have turned to resale shops and thrift stores to find their clothes, furniture and household goods.  Statistically about 20% of people shop in thrift stores regularly, compared with about 14% in 2008. 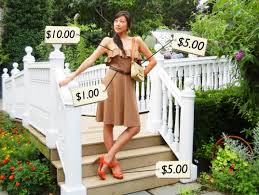 The fashion-conscious set is more comfy in the thrift store setting now since place like Goodwill and even local church-affiliated nonprofits are now likely to boast racks organized by color and size, as well as (surprisingly!) newer, seldom-worn clothes. Thrift shoppers these days are reaping the benefits of “overconsumption”– donations often come directly from the stuffed closets of the rich. 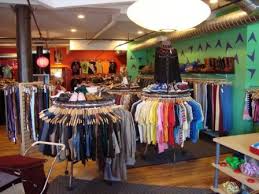 Since its start in 1902, Goodwill Industries has expanded into 2,700 stores in 15 countries, said Jim Gibbons, CEO and president of Goodwill. The total donated goods revenue for
the Goodwill network is more than $3 billion, he said.  Shoppers are also flocking to The Salvation Army’s more than 600 stores. In the last five years, there has been about a 4% increase in sales. There is expected to be a 1.5% rise in sales this year compared with 2011, said Maj. Mark Nelson, secretary for business at the company.

At some point during the recession and its lingering aftermath, Gen Y, the youth demographic burdened with huge student loans and an awful job market, realized that perhaps paying $30 for a new T-shirt at Gap was unwise. It certainly was not sustainable. Young shoppers may have first turned to thrift stores out of necessity or desperation, but by now, they’re more likely to view secondhand shopping as sensible—even cool.

Are you feeling a little short on money? Feeling bored with what you see in your closet every morning? Tired of carrying that same boring handbag?

Hello Everyone! Believe me, I was feeling the exact same way– completely tired of everything in my closet. And especially bored with the handbag I’ve been carrying every single day for the past 3 months. It was my lucky day last Friday when I went to my mailbox and found a huge box filled with handbags— from my sister.  (Maybe she was reading my mind!?)

This gives a whole new meaning to the slogan “shopping in your own closet.” Pictured above is a cute Kate Spade bag with red handles which will be perfect to use on the weekend running errands. Its sturdy construction will hold up well for me since I tend to over-fill my handbag. (you guessed it, this is the one I’m using now)

Pictured below is a dark blue leather handbag from Banana Republic. This one should work well with jeans and sweaters in the Fall.  I usually like something a little more structured but since this one is a freebie I’m willing to think outside the box and give the “unstructured” look a try.

Passing things on we don’t use any longer is a great way to reduce, re-use and re-cycle.  Whether we pass items on to friends, family or co-workers it doesn’t matter.  Maybe that spare handbag gathering dust in your closet could be a treasure for someone you know.

Anyone else out there sharing clothes? Handbags? Furniture?  Let me know!

I just love the concept of this particular thrift shop– support the animals!

Tonite I stopped by the Animal Protection & Rescue League Thrift Store on Clairemont Mesa Blvd in San Diego. I was pleasantly surprised to see they had moved into a much larger store in the same shopping center. It is much easier to “shop” now and lots more room to move around and find things. The inventory has blossomed to include expanded children’s section, Plus sizes (a very impressive selection of Plus clothing I might add), nice home decor and they even have furniture now! I found a handmade Japanese tea cabinet for $250– it was a beautiful item and if I didn’t live in a small studio apartment I would have snatched it up for myself.

Not only have I shopped here but I’ve donated my “spring cleaning”/purge items here too. Like I said, I live in a small apartment and I feel it’s always good karma to donate things to support a good cause.

My big purchase tonite was a gray t-shirt that said “Friend Not Food” on the front with a picture of a pink pig– now I will have a cute new shirt to wear on our next casual Friday at the office. Cheers & Happy Shopping! Always nice to shop & support a cause.

The United States is one of the highest “consumer” countries. Yes, we use a lot of “stuff.” Which makes the task of recycling even more important. Tonite I visited EcoMart— a department store of sorts dedicated to helping all of us reduce, re-use and recycle. They call themselves an “eco-friendly department store.” More like a fancy term for a thrift store that stocks everything perhaps?

This place was fantastic! It’s a huge space filled with everything from mountain bikes, surf boards, small refrigerators, furniture to designer handbags and shoes. I spotted a $70 mountain bike, a bathroom sink for $50 and a Coach bag for $35. By the way, the prices were more than fair. Dresses came in at $7 and a pair of designer heels $15. I found a vintage fur wrap for $100 in perfect condition.

All items were in really good condition too. The store is packed with stuff. I got there towards the end of the day and a few things were out-of-order but overall shopping was a pleasure. They even had newer flat screen computer monitors and flat screen TVs.

Eco Mart will take a look at the stuff you bring in anytime and give quotes. They are accepting secondhand clothes, vintage items, furniture, appliances, musical instruments, sporting goods, toys… I could go on and on. Of course, the better condition your items are in the better price you will get. Be sure to also have warranties, paperwork and supporting documents depending on the item.

This morning I woke up to a small flood in my kitchen. Soggy counter and mushy carpet. Not good times when I’m trying to pack to move!! (thank God I’m almost out of the yucky Nobel Court!

How to Start Living in a Tiny House

from wikiHow – The How to Manual That You Can Edit

Living in a house smaller than some people’s walk-in closets may not be for everyone, but those who are able to do so reap many benefits for themselves and for the world around them. Here are some tips for choosing the best type of small house for you and how to simplify your life so living in a small house is enjoyable and not confining. 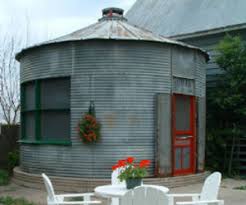 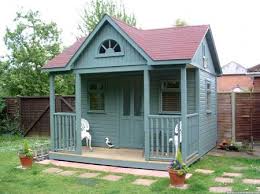 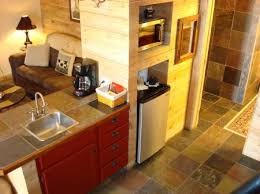 Article provided by wikiHow, a wiki how-to manual. Please edit this article and find author credits at the original wikiHow article on How to Start Living in a Tiny House. All content on wikiHow can be shared under a Creative Commons license.