Last night I was in the mood for a little retail therapy and decided to check out Macy’s– especially since they have some amazing coupons out right now. Being the frugal shopper, I had a strict list of items I was “allowed” to buy. Number One on my list was some kind of a pair of jeans– as much as I loath trying on jeans I decided I could suck it up and try some on tonite. Again– because I had a handful of really fabulous coupons from Macy’s (courtesy of my co-worker).

Into the fitting room I went– with an assortment of jeans including a random pair of Levi’s.  Six pair of jeans later I settled on the Levi’s (haven’t worn that brand in a long time).  I was totally excited to make my purchase again because I had COUPONS! 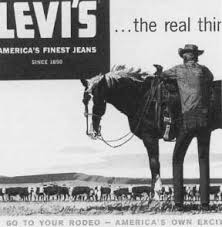 After standing in line for what seemed like an eternity… I was in front of the cashier. I was thrilled to hand over my jeans and ready to hand over one of my coupons- then the spell was broken.  The cashier says “We don’t take coupons for Levi’s. EVER.”  Part of me wanted to lash out and part of me want to cry. After all… I just tried on six pair of jeans!  The lovely cashier went on to say “The jeans are regularly priced at $58 but they ring up at $44.”  Small consolation after trying on SIX pairs of jeans.

At this point I was completely tired and beaten down– I robotically handed over my shiny Macy’s credit card and finished the transaction.  I’m home now sitting on the couch– still a little bitter over the coupons— but relieved I found jeans.  (Merry Christmas from Macy’s… I guess…)